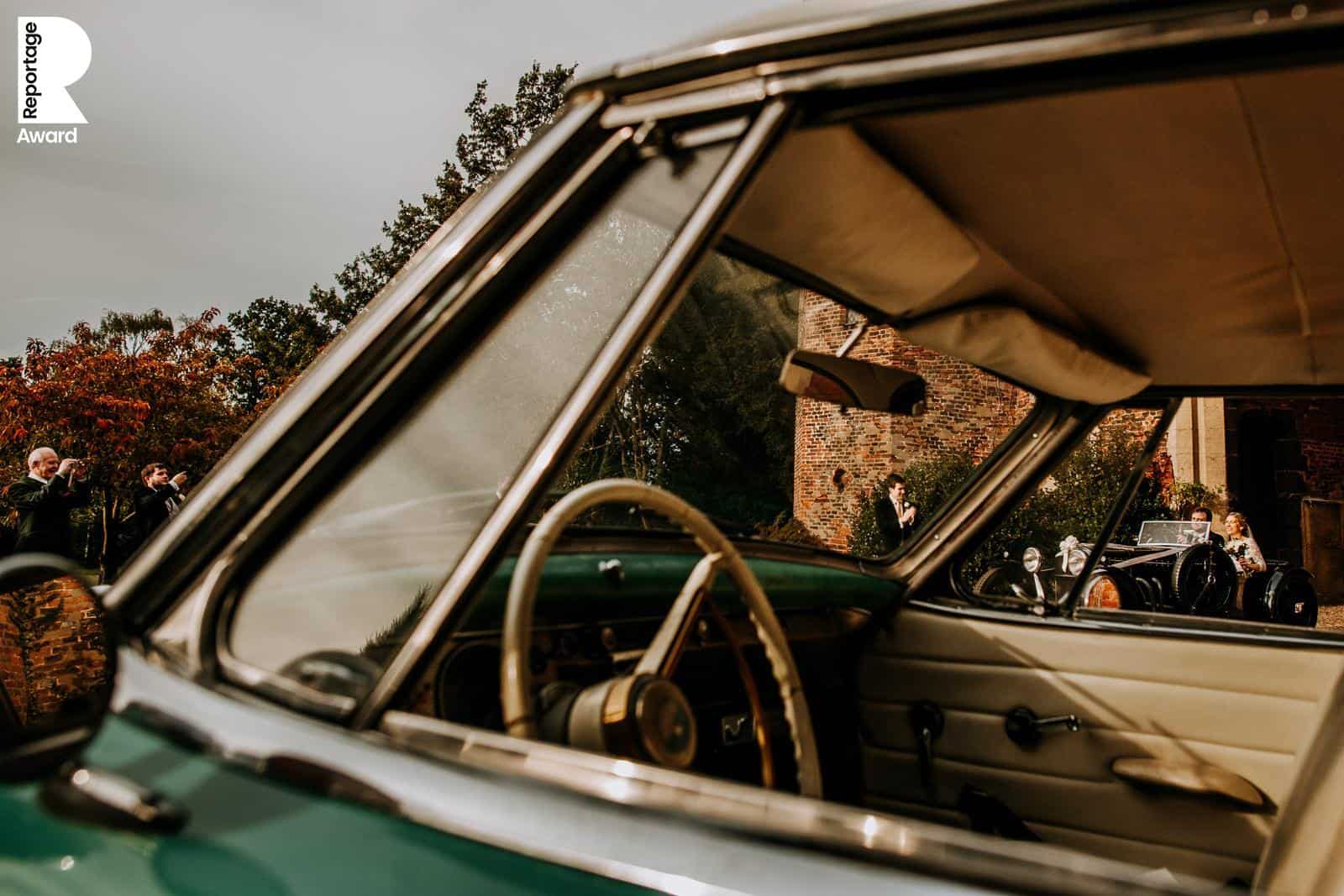 We won another This Is Reportage award!

“First of all, what a beautiful day Becky and Jono planned. It was made all the more special by just how many vintage cars there were present, with countless guests driving their own classic cars to the wedding. And most special of all was the Frazer Nash Emeryson driven by Jono to Hodsock Priory with Becky sitting alongside him. Their arrival in this beautiful car is captured in my photograph above.

I am particularly proud of this award and this is for a few different reasons. First of all, we absolutely love This Is Reportage, the documentary wedding photography community created by the fantastic Alan Law. Alan is one of mine and Patrick’s all time favourite wedding photographers. A few years ago, Alan started up This Is Reportage, bringing together the very best documentary wedding photographers from around the globe. So naturally, we had to get involved! Not because we considered ourselves to be one of the worlds best – but just because it was immediately clear what an amazingly high level of talent had joined the group. It is such an inspiring community to be a part of. The standard of work that is posted on This Is Reportage is unbelievably high. We think it is the highest standard of reportage wedding photography anywhere – and to win an award is so very difficult!

Every two months This Is Reportage runs awards and for the last two rounds I have won one. They say This Is Reportage awards are like buses after all, you wait all year for one and then two arrive at once (well, in separate months). Ok, so perhaps that catchphrase won’t become universal…

Winning two awards might not sound too impressive first of all I know. But when you consider only three percent of images entered win an award, this really put things in perspective. When I say it really is incredibly difficult to win a This Is Reportage award it is so true!

The second reason I am so proud of this particular award is because we had some debate in our house over whether to even post it on Instagram. Yes, in our house Patrick and I genuinely do talk all day about the framing and cropping of an image and whether the eye is drawn to the subject or scene in the way we want it to – we lead a pretty rock n roll lifestyle it’s fair to say! We were worried that on a phone – and this is how most people view our work – the story within the image could get lost. At first glance, you see the Studebaker (the turquoise car in the foreground). You have to look again and only then do you see three separate elements to the image using the car to frame them. Together these tell a story: the two figures taking photographs on their phone, then Becky’s brother enthusiastically clapping and finally Becky and Jono arriving.

So I am so pleased that despite a few reservations I entered the image. Winning the award was affirmation to me that you should always trust your instincts and promote the work that you love first and foremost. People who view our work – and most importantly, our couples who choose us to photograph their day – respond to this authenticity. By consistently posting the work we love (namely, natural moments captured without staging) resonates with our couples.

The last reason I am so pleased is because of the way I captured the moment. I framed the image carefully on the day, anticipating the moment before it happened. Sometimes, I just have to react and capture the image instantly – it really is a split second thing with some photographs. However, after the church ceremony, I knew that Becky and Jono would be arriving in their amazing car at Hodsock Priory – as did all the guests! Around 140 people were standing to my left, out of picture, eagerly waiting (and nibbling canapés). Instead of immersing myself in the throng of guests as they waited, I decided to go for a more open composition by using the beautiful turquoise American car in the foreground to frame Becky and Jono’s impending arrival. This was not just a compositional choice though: as they are both huge automobile enthusiasts (particularly Jono it must be said!) I knew this would really add something to the image and an extra layer to how I captured the moment for them.

When taking the photograph, I put my aperture higher than usual, as I wanted to preserve the car in the foreground as an object, not just an out of focus series of shapes. Because of this, naturally the image feels flat and the eye goes to the foreground. But then the lines of the car begin to lead the eye in to unexpected figures and subjects within the image.

Waiting by the gate was Becky’s brother, a groomsmen and a guest – plus Becky and Jono in their car. I framed the image so each part of the scene – and each grouping of people – was separated, creating the triptych. And then I waited! As a documentary wedding photographer, a lot of time is spent trying to anticipate a moment before it happens, framing it creatively and then waiting for the moment to occur. It doesn’t always pay off, but in this instance it did and I think this adds another layer of satisfaction to winning the award. It’s not always possible to anticipate moments before they happen of course, but I do think this is a key skill for any documentary wedding photographer to possess.

So thank you to all the This Is Reportage judges for picking my image for an award – I really am thrilled!” Hollie Mateer, M and G Photographic.

We are award winning photographers, recently winning Best Wedding Photographers at the TWIA Awards for our region.

We photograph weddings all over the UK and abroad. We’d love to hear all about your wedding plans – use this link to check our availability. 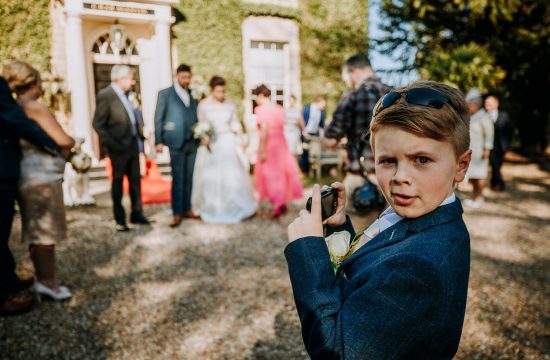 How to pick your perfect Wedding Photographer 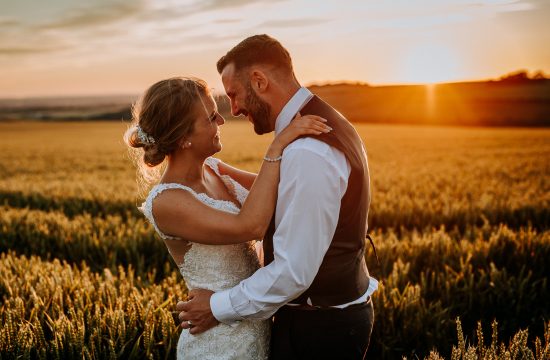 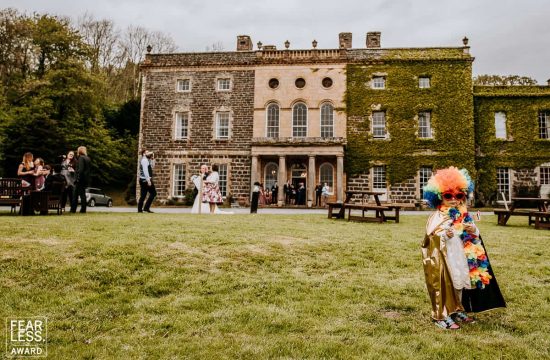