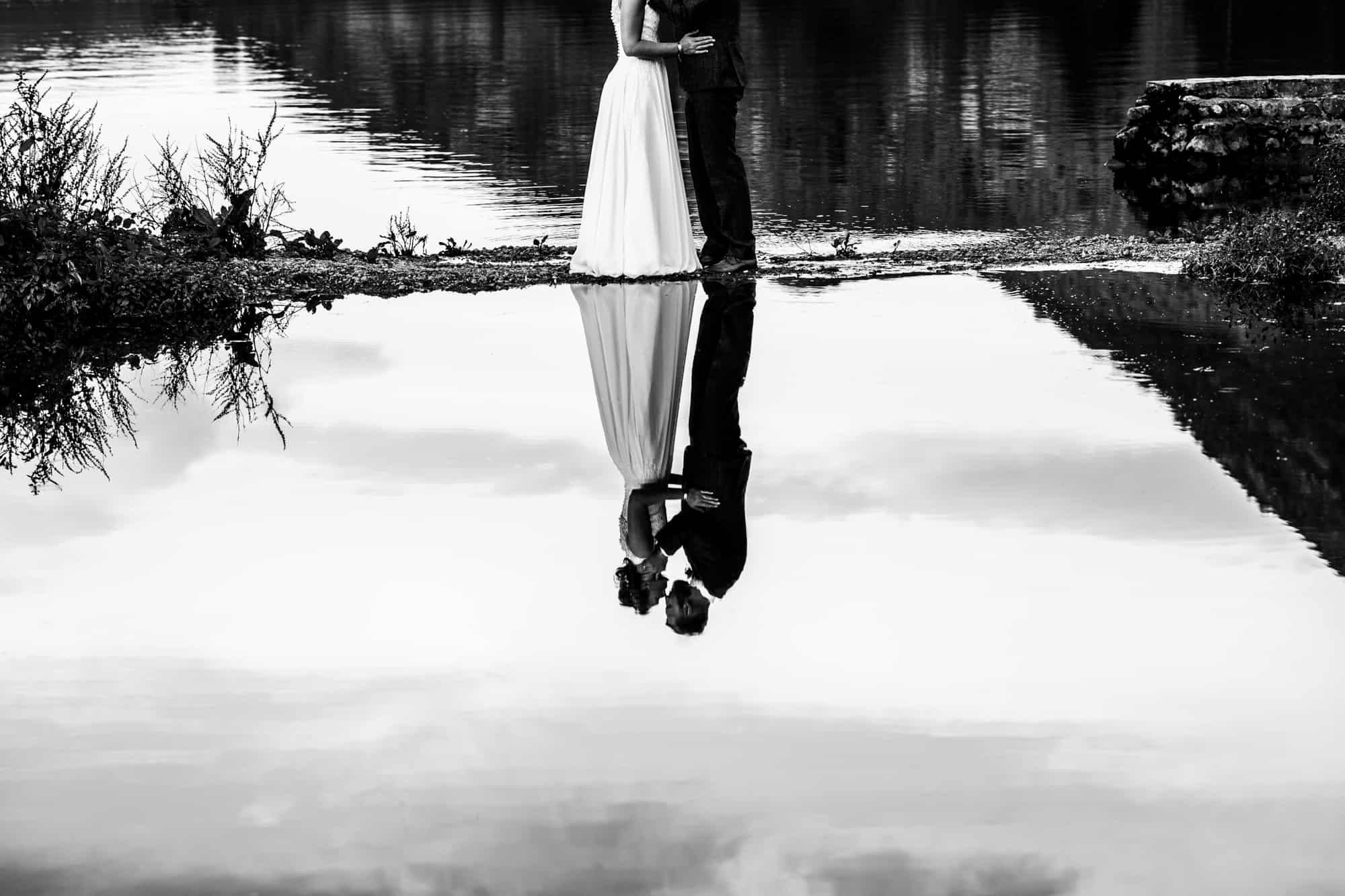 We love The Lakes and, over the past few years, have been lucky enough to photograph many beautiful weddings there. So, if you’re planning a Lake District wedding, we’d love to be your photographer! In this blog we look at some of our previous visits to The Lakes and talk about why they are such a special place for us. And, as well as showcasing our wedding photography, we’ve added a lot of information about the region that we hope will be helpful. We’ve also included a few examples of our Lake District pre-wedding photography too. All in all, the Lake District really is one of most beautiful areas in the United Kingdom. We are proud to call ourselves a Lake District Wedding Photographer.

The sublime and the romantic Lake District

If you’re looking for an amazing wedding venue, then in The Lake District you really are spoiled for choice. We’ve worked at many of them, including New House Farm, Askham Hall, Knipe Hall, Cragwood Country Hotel and The Inn On The Lake. Fantastic places in wonderful settings, each one different and all of them a joy to work at. hey gave us memorable days and memorable photographs.

The Lakes can be wild, rugged, awe inspiring (“the sublime”) or friendly and accessible with dreamy sunsets (“the romantic”). Whether set along the lakesides or on the hillsides, Lake Distrcit wedding venues offer spectacular views whichever way you turn. Come in Spring and you can walk along the water’s edge and be photographed amongst, “A host, of golden daffodils; Beside the lake, beneath the trees, Fluttering and dancing in the breeze.” That’s from Wordsworth – more about him later.

A little later in the year banks of rhododendrons cover hillsides with glowing purples. In summer the high mountains and clouds are reflected in the Lakes with red kites catching the thermals high above. In autumn, the gold, orange and browns of oaks, beeches and bracken seem to light up the air and our images. And in amongst the trees you might even catch a glimpse of red squirrels!

A brief history of the Lakes

Until the 19th century relatively wild, remote areas like the Lake District were seen by the gentil and those in towns and cities as uncivilised and even dangerous places. However, the Romantic poets – Wordsworth, Southey, Coleridge – found something different; the beauty of “untamed” countryside.

It was the coming of the railways – in Victorian times – that made travel and holidays possible for increasing numbers of people, including those working in the industrial cities, and trips to the Lake District grew in popularity. The Lakes offered unfettered walking, fresh air, climbing, spectacular views and of course trips on the water. After the First World War bodies such as the Ramblers Association, The Youth Hostel Association and Clarion Cyclists helped to bring more people into the region. Alfred Wainwright wrote the seven-volume ‘Pictorial Guide to the Lakeland Fells’ in the 1950s and 60s which became the walkers ‘bible’.  And over the past fifty years the popularity of The Lakes as a tourist destination has continued to increase.

Wedding photography in an area of natural beauty

Walk outside your venue and there will be backgrounds enough for us to photograph you in; or perhaps, take a short car ride to find a little more privacy and you can walk along together talking, dreaming or reflecting. Whatever the location, we can capture these moments, whilst ensuring we capture the best backgrounds from the best angles angles. We will also choose the right lenses and create something quite magical for you.

There are the wide expanses of mountains, sky and lake. So wherever we are photographing you in the Lakes, you will be together in an elemental setting with the world before you. There are also many wooded areas with their dappled shade, small streams and sparkling waterfalls. These are beautifully private spaces to be together in.

The Lakes and their geolgy

There is much to say about the geology of the Lake District. Underneath there are huge masses of granite which are covered with siltstones shales and volcanic lavas. In the ice age, huge glaciers had ground over the area scooping out the valleys which later filled with water to form the lakes. Wast Water is the deepest lake in England at 258 feet and Sca Fell Pike the highest mountain at 3,209 ft.  Some of the hillsides are covered in loose rocks called scree which intrepid runners sprint across – stop too long and you just might slide all the way to the bottom. Knowing about the landscape helps us as photographers to respect it and better understand it’s moods and atmospheres. This in turn helps us capture them for you perfectly in our photographs.

The Lakes are forever associated with the poet William Wordsworth and the Lake Poets who used to meet together and discuss poetry and writing – and probably eat cake, too!  Wordsworth lived at Dove Cottage and Rydall Mount, both of which are now museums open to the public. Known as “the poet of Nature” he was one of the first poets to use the speech of ordinary people. He wrote about landscape as something that could capture the human spirit:“Nature never did betray/The heart that loved her.”

Dorothy Wordsworth is usually written about as William’s sister, but she was very much a person of historical significance in her own right. She was amongst the first women – along with her friend Mary Barker – to scale the Scafell Pike in Autumn 1818; and that was in the days before quick dry, breathable, water-resistant clothing! Her diary tells us a lot about the Wordsworths’ life and is itself beautifully written. She wrote of the daffodils as well and contributed, in William’s view, the two best lines of his poem, “They flash upon that inward eye/Which is the bliss of solitude”; though she wasn’t credited at the time, nor seldom is now. And the Wordsworths’ view of life is still very much alive; Taylor Swift namechecks Wordsworth in her song ‘the lakes’.

Photography in The Lakes

Not of course that we are the first photographers in The Lakes! Moses Bowness’s photographs of the famous Bowder Stone, in Borrowdale, were taken in Victorian times. Though the original ladder to the top has recently been replaced, you can still feel the “pleasurable terror” that has attracted tourists to it since Georgian times. George and Ashley Abraham – the Abraham Brothers – were climbers and photographers and produced some stunning photographs high on Sca Fell Pike as far back as the 1890s.  Though we don’t usually advise some of their more extreme climbing escapades for your wedding photography, we’d be happy to accompany you a little off-piste if you’d like! Today you will find many contemporary commercial photographers taking in the sights of the Lakes, with the famous ‘lone tree’ at the head of Buttermere being a particular favourite pilgrimage for photographers.

As well as poetry The Lakes have inspired other great literature, in particular two very different children’s authors Arthur Ransome and Beatrix Potter. Arthur Ransome set his beloved stories ‘Swallows and Amazons’ – the names of two sailing dinghies – in the Lake District. Written in the 1930s he created a sort of patchwork environment for his stories using parts of Lakes Windermere and Coniston and other locations. The boats were also based on real ones and one of them still exists in the Ruskin Museum (see below). If you fancy it, you can book a trip on one of The Lakes pleasure boats for a cruise around as part of your wedding day.

Beatrix Potter not only created Peter Rabbit, Mrs Tiggywinkle, Jemima Puddleduck and all the other animal characters that are still so much loved, but she painted the illustrations for the books herself. Potter was a serious scientist of the natural world and a conservationist well ahead of her time in her care for the environment. She also bred Herdwick sheep, which are native to the Lake District. You can visit The World of Beatrix Potter in Windermere and see Herdwick sheep all over the region.

John Ruskin was the great Victorian art critic who taught us to see in a new way, looking closely at plants and rocks and the world around us. His dictum “truth to nature” fits well with our documentary approach to wedding photography. He influenced and championed the Pre-Raphaelite painters. His work is now seen as a forerunner of our interests in crafts, sustainability and the environment. His house, Brantwood, overlooking Coniston Water, is now a museum.

The greatest hero – the lakes themselves

The reason you are reading this and looking at our Lake District wedding photography is of course because of the lakes; those great ribbons of the water, at some points as deep as the ocean. Smooth as glass, rippling under the breeze or choppy with wavelets crested in white. Reflecting light and carrying reflections of the sunrise, the sunset and cloud formations. And all the time, whatever the season or weather, the light is shifting, revealing colours; rising and falling, creating lights and darks; sunsets and sunrises. Always different giving you unique photographic memories. Absolutely stunning!

Our task as photographers is to appreciate how the light falls amongst trees, over the mountains across the waters and capture it just at the moment that matches, contrasts or complements your movements, feelings and expressions.  It’s about the whole day – relaxed photography with a documentary approach.

Though a Lake District wedding photographer, we are not there to take photographs of just The Lakes – we are there to take photographs of you and your family and friends (pets permitted!) in the Lake District. Our natural photographic style which we’ve developed over the years is unobtrusive – we won’t get in your way. We capture will your ceremony and the reception without posing or staging. We look for the most romantic, emotional and poignant moments as they occur naturally; faces, hands, people and interactions between people. We love, as do our couples, the comedic and funny moments that happen spontaneously through the day.

We also record the venue and the details of clothing and decoration – the talking and the dancing. Most couples go for a walk on their own – a little privacy, with us in tow – and we capture those precious moments for you. We also ensure each photograph we take is beautifully and artistically composed. We are multi award-winners in Documentary Wedding Photography across the UK, so, when you receive your final wedding photography collection from us, you’ll be presented with the real story of your day. Beautifully taken and edited images of real moments.

Travelling to the Lake District

As a Lake District wedding photographer, we have made the journey to the Lakes many times. We favour a really pleasant drive, that gets ever more spectacular the closer you get. If you’re travelling from Manchester, you can take the M61 and be there in no time – whereas the journey from London to Lake Ullswater would take you over 5 hours. But trust us, wherever you are travelling from, a journey to the Lake District is always worth it! If you’re going by plane, Carlisle Lake District Airport is conveniently situated. Then, there is Oxenholme Rail Station, if you’d rather travel by train.

Booking us to photograph your wedding

If you are looking for a Lake District Wedding Photographer, we would love to hear from you. As you can tell by now we absolutely love working in the Lakes! You can contact us here to check our availability for your wedding day. We never charge extra for travel within England. It would be great to discuss your wedding plans and talk through the packages we can offer. As we always book up quickly, so we recommend contacting us now to avoid disappointment. 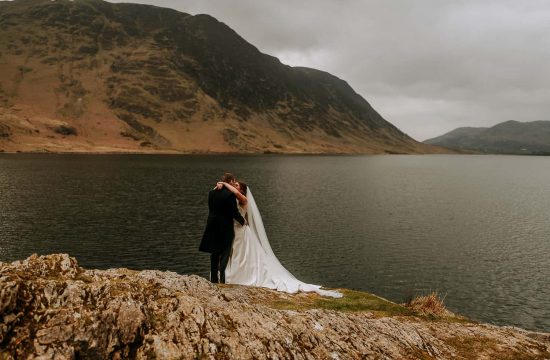