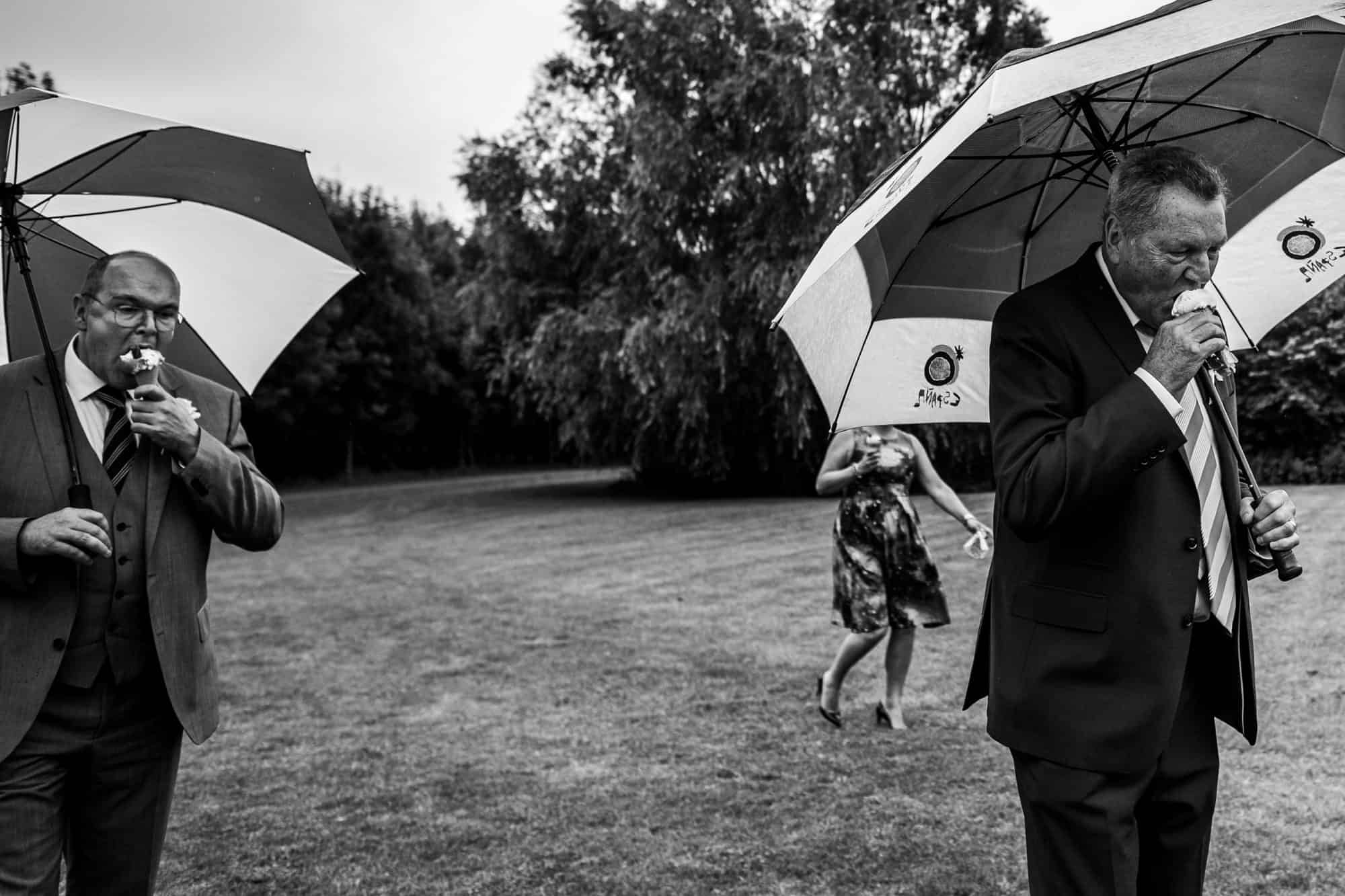 We recently won two more Wedding Photography Select (WPS) awards – thanks so much to the judges for the awards. WPS awards are amongst the longest running and most highly respected awards a wedding photographer can win. For one of our awards, Hollie was recognised for her image of three wedding guests eating ice creams, in the rain. It’s an image we loved – it’s also not your typical wedding image and really, doesn’t conform to usual photography conventions. This blog is part of our ‘for photographers’ series.

We have caught them both at the point of biting into the ice cream from a well filled cone. Their faces intent on the eating, their mouths stretched, eyes half shut. Both cradle large umbrellas over their shoulders. The sky is grey and anyone looking at the image can only presume it is raining lightly – or that rain is on the way. The canopy of the umbrellas – framing their heads and shoulders – is tipped at 45 degrees. Wearing suits and ties, they are smartly turned out for a wedding. One has paused to control his action, the other still moving forward. The image is in black and white, the old traditional mode of documentary. These days of course, reinstated by digital manipulation. For this image, to highlight the intensity of the two main figures and their facial expressions.

The two men are at opposite side of the picture. They frame an empty space of grass and trees behind in the middle distance. In the image’s centre that grass sweeps round behind a large tree with low hanging branches and its shadow, leading onto, we know not what. The mystery of shadowed undergrowth in a park that so intrigued the photographer in 1920s Paris (Atget). But it is clear from the scene, this is Britain, not France.

A third figure, a woman in a skirt is running behind them, as if to catch up, or avoid the on-coming rain. The man to the right neatly slices away her head with his umbrella in the image. She gestures, headless. A miniature mannequin figure hanging off the edge of the umbrella’s canopy. It is common enough in street photography for figures to be cheerfully dismembered; a knowing nod of the professional to the amateur’s what not to do textbook. As the third figure she sets up the triangulation of points of interest, keeping the viewers eye moving around the image.

It’s not immediately clear if we have waited for the moment to form, or rather turned to see the men approaching and snapped quickly. The ground is pitched a little off the level, right to left. The man on the right in advance of his colleague on the left, tilting the picture plane off the flat. The umbrellas give strong diagonals. The woman running. Nothing in statis. An off kilter moment slightly out of balance, a moment in time.

Another street photographer’s trope, the random appearance of posters, signs and brand names is seen in the little logos on one of the umbrellas – ‘Espagne’, a brightly coloured logo designed by the great Spanish artist Miro (at the time of the Barcelona Olympics). Here of course, Miro is rendered in monochrome.

Looking beyond ‘The Golden Triangle’

The two figures set off correspondences which engage the viewer: both have umbrellas, which are broadly patterned in dark and light; both eat ice creams and both at the same point of eating. Both in smart clothes; both facing and moving the same direction towards us but if we stand still they will pass us. But each correspondence is, counter intuitively, what separates them. One umbrella patterned horizontally, the other vertically; one man with waistcoat and tie done up, one without and tie loosened; one with hair, the other receding.  It becomes a conversation across the space of the image.

The use of columns, tree trunks or scaffolding poles to frame a picture is common enough; but here the columns on either side are the main action, the thing itself. Rather than leading us in they divert us to the edges, not grouped as they weren’t grouped in the actuality of the day. We – and we speak beyond M and G Wedding Photography here – are adept enough, after a century and more of moving image, 100 years of ‘cinemascope’ and decades of immersive imagery, not to demand the tradition of perspective box and POV format.

Documentary photography: the extraordinary in the everyday

But beyond challenging conventions of image making, what are we left with? Perhaps the humour? Two men concentrating on a childish ideal, eating ice cream from a cornet. They could almost be parents in a novelty race at their children’s sports day (or the new Olympic sport of the synchronised ice cream eating and running race). Who’ll slip up and deposit the contents on the grass, down their best suit. The best jokes are the ones foreseen (as Buster Keaton and the silent comedians knew full well).

But what fascinates are the two faces, men eating ice creams, as they have for a hundred and fifty years and as they, we assume, always will. It is easy enough to capture one or two enjoying themselves or to catch one unawares – but to capture two in that synchronicity of action is not through chance. The naked eye could only have focussed on one of the two faces, the other being lost in peripheral vision. It is the scope of the camera lens and the alertness of the photographer that captures them together at the same moment, doing what documentary intends: to reveal the extraordinary in the everyday. That is perhaps, in all, why this image won a WPS award. Or, of course, it could be just that the judges liked the image.

If you have any questions at all, you can contact us here. We are based in Yorkshire but travel throughout the UK and abroad.

This is such a fun image. More ice cream at weddings please and more great photos. No wonder this is award winning. 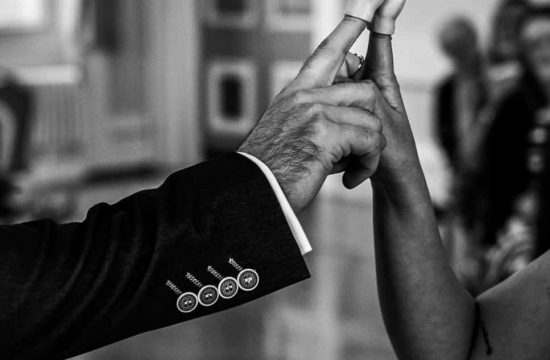 Diana and Robert’s Victoria Hall wedding: a ‘This Is Reportage’ Winning Image. 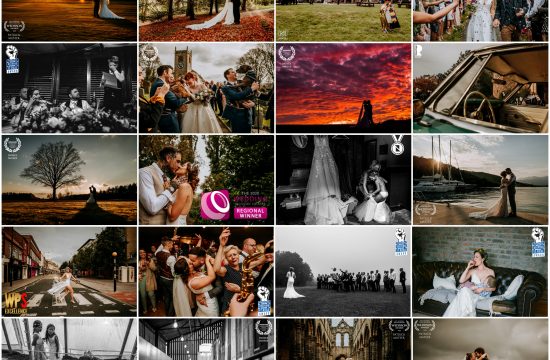 A year in awards: TWIA Wedding Photographers Of The Year for Yorkshire and The North East 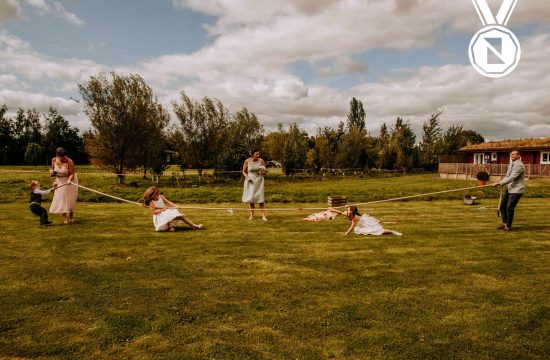 We won another Nine Dots Award!